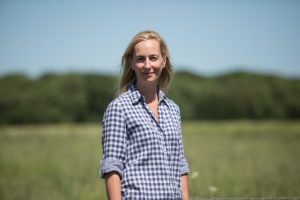 In short, sourdough is a bread produced by a long fermentation of dough using naturally occurring lactobacilli and yeasts.

Sourdough baking is the ancient way of bread-making, it has thousands of years of history behind it. The bread rises due to the carbon dioxide produced by the yeast. The lactic acid produced by the beneficial bacteria in the fermenting dough gives it its distinctive taste – although it can be as sour or mild as you wish, so don’t be put off by the name and have a look at the varieties of sourdough starters I sell in my Shop.

Flour contains naturally occurring yeast and bacteria. This is quite different from the manufactured yeasts you can purchase commercially, like baker’s yeast, fresh yeast, fast acting yeast and dried yeast. Given time, warmth and a little water, these wild yeasts in the flour will start to multiply. And, as if by magic, the mixture will come to life! It is thought that we probably stumbled across this little miracle quite by accident – a batch of dough to make flat baked cakes was left forgotten and the wild yeast left to do its magic. Someone then decided to bake this strangely risen dough anyway – and the rest is history.

WHAT IS WRONG WITH OUR BREAD TODAY?

We live in a world of instant gratification. Fast bread for fast lives, at the lowest production cost possible, is the name of the game. The rise of the supermarkets in the 1950s and1960s saw the death of the village bakery. The use of commercial yeast means that large amounts of bread can be made that will rise in an hour or two. Commercial yeast was created by identifying and then capturing and manufacturing a type of yeast that produced the most amount of carbon dioxide in the smallest amount of time. This strain of yeast is not one that would naturally occur in bread making or be found on flour – it is simply a means to an end, and that is to produce as many loaves of bread in the shortest amount of time possible. Therein lies the problem. First of all, every gram of commercial yeast is massively concentrated – containing zillions more yeast cells than are present in a wild yeast sourdough starter. Ever wonder why many of us feel so bloated after eating fast bread? There’s your answer – all that commercial yeast is still doing its thing: fermenting away in your system. Then there is all the other stuff added to bread these days; preservatives (to keep bread moist and from going mouldy while it lingers in plastic wrapping on warm supermarket shelves), sugars (to enhance flavour), lots and lots of salt and other flavouring to add flavour that is otherwise lacking, enzymes, gluten – not to mention the stabilisers and other additives which allow the dough to slip through gigantic machinery in the mass production process without sticking. A lot of additives and chemicals that were added to our bread for years have now been banned but there is still a large amount of them in mass produced loaves (not all of which have to be detailed on the label) and the harm they are doing to our health is unknown. The other problem is that these breads rise too quickly for the bacteria in them to develop and produce any flavour. The result is a bland, strangely textured loaf that is completely uninspiring. Even though the supermarkets have cottoned on to the fact that consumers want better bread, the loaves they sell as “sourdough” are a far cry from the real thing. Simply by the addition of some dried sourdough powder they are able to sell these bland loaves under the sourdough banner. You may be interested to know that even”artisan” bakeries sometimes enhance their sourdoughs with yeast – they produce a sourdough ferment to achieve some flavour and then add yeast to the dough at the end. This allows them to produce more loaves by speeding up the process. Unfortunately, bread that has been hurried is indigestible. This may be one of the contributing factors for the increase in gluten intolerance.

WHY IS SOURDOUGH AND WILD YEAST BETTER FOR US?

As mentioned above, commercial yeast lingers in our systems as it is so concentrated. Sticking to wild yeast restores the natural balance in our diet. The lactic acid bacteria which is allowed to develop in sourdough bread is hugely beneficial for many reasons. Here are just some of them: 1. They produce the lowest GI breads as the acid slows down the rate at which glucose is released into the blood-stream meaning that is doesn’t raise blood sugar as dramatically as it depletes damaged starches within it. 2. They can neutralise the bits of gliadin and glutenin protein in wheat flour that are so problematic for people with gluten sensitivity. In short, they render the gluten in flour more digestible and less likely to cause food intolerances. 3. They produce beneficial cancer preventative antioxidants and, if left to ferment for several hours, neutralise the phytic acid that locks up minerals such as zinc, magnesium, iron and calcium in breads baked the fast way. Sourdough is more digestible than standard loaves and more nutritious too. 4. Sourdough naturally preserves itself due to the acetic acid produced in the process of making sourdough. This inhibits the growth of mould. None of my loaves has ever gone mouldy. There is no need for the toxic preservatives thrown into the food supply today. 5. The fermentation process increases the amount of beneficial bacteria in the bread AND in your gut. They also control yeast population in the gut, so yeast overgrowth and infection is less likely to occur. Healthy gut bacteria equals a healthier body. 6. Another big reason is the vastly superior flavour. Tangy and distinctive, it will undoubtedly leave you wanting another bite. 7. Talking of “bite” – there is a reason why bread with a proper chewy crust is better for us; the chewing increases our saliva production which in turn makes digestion that much easier. No sugar, no stabilisers, no preservatives, no commercial yeasts.

We need to slow down the process, as it used to be, making the bread not only delicious, but also digestible.